‘Figging’ is the practice of using ginger root for stimulation. It is a form of sensation play, although it can also be considered a form of chemical play. Figging causes a moderate to fairly intense sensation that varies a lot from person to person but it causes a sensation quite unlike any other.

The ginger oils start to release once it is warmed by body heat, creating a warming, tingling, then a mild burning sensation, that becomes much more intense especially as the submissive bears down around the ginger root plug. It’s surprisingly easy to make, and is relatively inexpensive. One of the great things about it is that it is completely natural and/or organic and can create moderately intense sensations with minimal risks of injury or harm to the submissive.

The history of figging

Figging actually comes from the word “feaguing”, which began when horse riders or breeders would insert an irritant (onions, tobacco, ginger, hot peppers and even live eels…) into the rectum of a horse, causing it to lift its tail. The tail lift was desirable as it showed off the quality of the horse and may make an older horse seem younger, more lively, more animated. Eventually, but thankfully figging was banned from use with horses.

Later, figging was reportedly used by the Ancient Greeks and the Roman Empire to punish female slaves, and during the Victorian era as an at home punishment for housewives.

Everything we do has risks, the important thing is to make sure that you are aware of the potential risks and make an educated and informed decision before you try it out on yourself or are giving your consent to another human.

The primary safety concerns are:

For those sadistic Dominants or pain loving subs who would like to step it up then fermenting the ginger is for you. Fermenting is pretty simple to achieve by placing it in a plastic ziplock bag and removing any air. Place it in the fridge for three to four days or until you see a bit of mold. Take it out, peel it and crave out your butt plug/dildo and you will have turbo charged sensations.

STEP TWO: Using a sharp knife, trim off all of the excess fingers as above.

STEP THREE: Using a sharp knife you need to cut into the heart (solid center) of the ginger root in a ‘V’ shape (blue dotted lines) from the point where the finger connects with the heart of the root.

STEP FOUR: Carve out your basic butt plug shape, removing all the knobbly bits. Carve the tip to be slightly tapered (for easy insertion) and rounded off, but don’t make it to pointy.

STEP FIVE: Carve a tapered neck (not to thin) at least a half inch wide at the base so the anus has something to hold onto and not slide in or get ‘sucked’ inside your butt by your sphincter muscles.

Now you are done! Rinse your butt plug/dildo under cold water and wash your hands thoroughly, you don’t want to get ginger oil near your eyes.

Acknowledgments: This article would never have been possible if it wasn’t for the hard work and dedication of cupcake. I will be forever grateful. – https://fetlife.com/users/1421507

All photos and images are the property of Mistress Michelle and Dom(me)sLife. 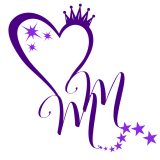 One reply on “Figging”

I just tried figging myself. I pushed it is too far and lost grip on it. I went to the bathroom and dedicated, but could not tell if the root came out. I tried feeling around, but could not find anything. I don’t feel anything. Will it come out on its own? Is it bad to wait it out?